Almost 70 player-candidates embark on the Road to Denver at trials in Dublin!

Ireland Lacrosse began its journey on the Road to Denver and the 2014 Men’s World Lacrosse Championships by holding a hugely successful tryout in Dublin over the course of the last weekend in October.  Almost 70 player-candidates turned up to compete for the 23 roster spots available for the men’s national team, which will be looking to improve on its 9th place finish in the 2010 World Championships.

The trial commenced with registration on Friday evening, followed by a session under the lights on Friday night.  Player-candidates were up early the next morning for more on-field work, including fitness testing, and there was extensive scrimmaging in the afternoon – including play during heavy rain, which is truly a right of passage for any Irish lacrosse player!  More on-field training, scrimmaging and assessment took place on the Sunday morning.  The annual Halloween party then took place on Sunday night, providing an opportunity to unwind after a hectic weekend.

Player-candidates can now look forward to hearing the results of the trial, to see if they will be taking that next step on the Road to Denver.  Check back for more information at www.irelandlacrosse.ie! 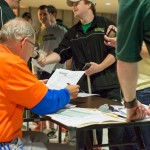 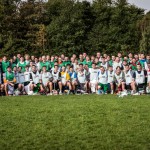 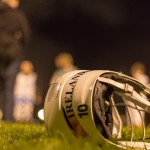 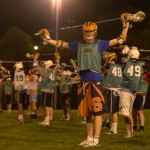