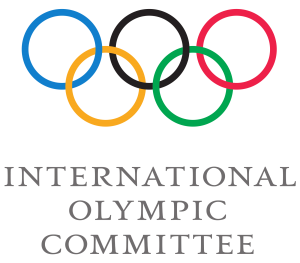 The International Olympic Committee (IOC) granted provisional recognition status to the Federation of International Lacrosse (FIL) during the IOC Executive Board meeting Friday in Tokyo.

“The IOC’s Executive Board’s decision to provisionally recognize FIL has created a major milestone for the sport of lacrosse. FIL is truly honored to have received this recognition by the IOC,” said Sue Redfern, President of the Federation of International Lacrosse. “This decision will assist us and our member nations as we work to create opportunities for participation in the sport of lacrosse around the world.”

“This is a fantastic next step towards the goal of full Olympic recognition. The issue of Olympic recognition is a hot topic in the international lacrosse community. What does that mean practically? And the answer, aside from prestige, is meaningful value through government funding and domestic recognition,”said Michael Kennedy, CEO of Ireland Lacrosse. “Being able to state that your sport is on the path to Olympic participation can and will garner more support from the national governing body of sport (in this case, Sport Ireland). That in turn is more funding, access to resources, access to training facilities, and general support for us to grow the game here in Ireland.”

The provisional IOC recognition was granted for a period of three years and the FIL is now be able to receive funding from the IOC and can apply for development programs as it pursues full recognition status. The vote does not guarantee inclusion in the Olympic Games, but is a major step towards reaching the long-awaited dream of many lacrosse fans around the world.

“As a former player with a long career of international lacrosse with Ireland (13 years), I am excited for the options presented to future players, the young people of Ireland, that they would be able to play this sport in the Olympics, something that we only dreamt of!” Michael Kennedy continued.

You can listen to Michael Kennedy’s interview with Lax Sports Network about Ireland Lacrosse and Olympic prospects by clicking here (external link).