DUBLIN, IRELAND – Ireland Lacrosse has announced a 18-player roster for the Men’s Under 20 National team, which is set to compete in the ELF 2019 U20 European Lacrosse Championship in Prague, Czech Republic. 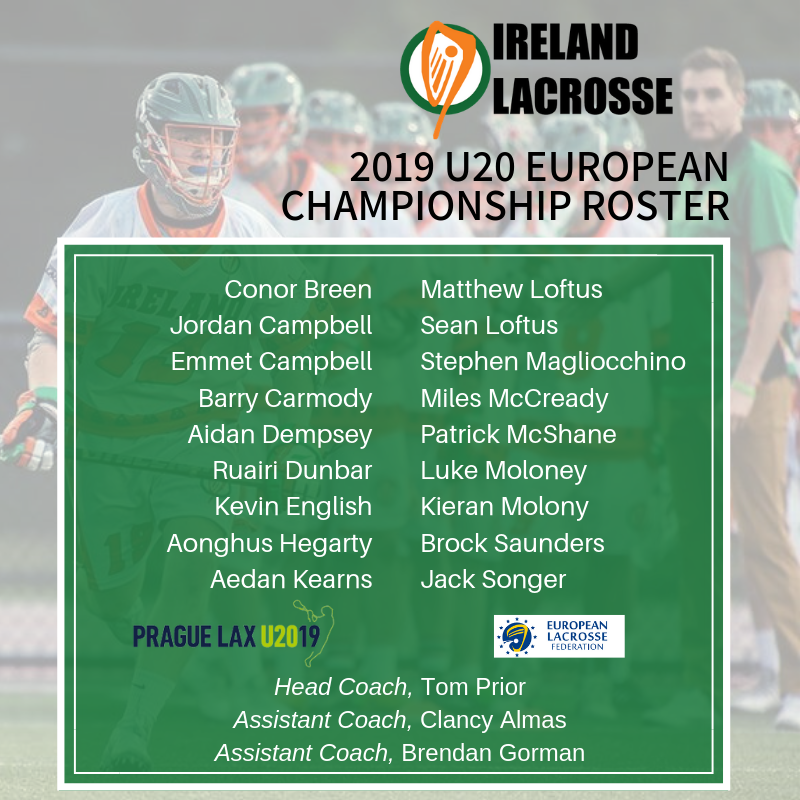 Currently ranked 7th in the World following the 2016 U19 World Championship, this team features returners 2016 and a series of newcomers. Head Coach Tom Prior returns to the helm, and his staff is complemented with assistant coaches Clancy Almas and Brendan Gorman. Almas has been behind the bench for the Indoor National Team, and Gorman on the sidelines of the Senior Men’s National Team.

Head Coach Tom Prior “We look forward to the opportunity to compete in the Men’s U20 European Lacrosse Championship this summer.  The U20 competition unites U19 players from our U19 inaugural championship team with new players in our program.  Our players and staff are focused on galvanizing these cultures and molding a selfless, physical  team with a strong lacrosse IQ.  This will also be a great opportunity for our younger players to prepare for U19 Championships in Limerick in 2020.”

As a player-funded organization, each rostered player is responsible cover their respective costs to be on the team. These costs include: transportation, food, accommodation, uniforms, equipment and a whole host of other costs.  Your donation will make it possible for numerous players to be able to participate in the 2019 U20 European Championships. Donations originating in the USA are tax-deductible. Click here. 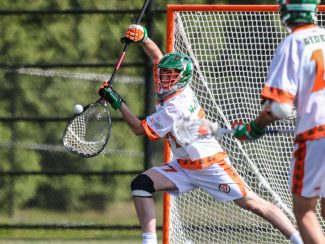