The Women’s Under 19 National team resumes their pool play today in the Under 19 World Championship. Currently sitting at 0-2, they will face an athletic team from Mexico.

Head Coach Eileen Ghent remarked, “We have made such progress since arriving just a week ago. The team has been working hard on and off the field, and the chemistry among the players is really amazing. We’re prepared, excited and ready for our last pool play game against Mexico!”

The Girls in Green opened their U19 World Championship campaign against a very strong team from the Czech Republic. After going scoreless in the first half, and trailing 12-0 at the break, the Irish came out swinging. The second half saw the Irish finish 3-8, a massive improvement. Louisa Brophy scored Ireland’s first ever U19 goal, followed by Emma Austin, and Katharine Forst. Maeve Bruen made 7 saves in the outing, and Ireland won 11 draw controls. 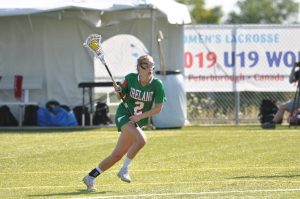 The second match of the 2019 World Championship was an exciting affair. The U19s (unfortunately) took a page out of the Senior team’s book, going down early and mounting a thrilling comeback against Chinese Taipei. The 1st quarter saw Chinese Taipei take a 5-0 lead, despite 6 saves from goalie Jula Tully.

The coaching staff pulled off some magic going in to the 2nd quarter, and the Irish never looked back. The Girls in Green won all 7 draws of the quarter, and drew 3-3 in the 2nd. The Irish took the 3rd quarter 3-1, and drew the 4th. Chinese Taipei played four-corner lacrosse to maintain possession towards the end of the game, but the Girls in Green got the ball back with under 20 seconds to play and still got a shot off. Goalie Tully made 17 saves on 28 shots, good for a 61% save average and Player of the Match honors. Emma Austin, Louisa Brophy, Louise Kiely and Georgia Scott each contributed 2 goals. Katharine Forst contributed the lone assist. The Irish collected 14 loose balls, had 12 draw controls and 4 caused turnovers. 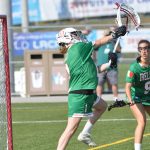 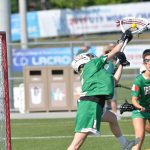 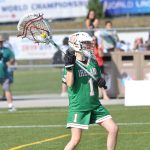 The Girls in Green are back in action on 5 August vs Mexico after a much appreciated day off. Watch all matches live on LaxSportsNetwork.com! 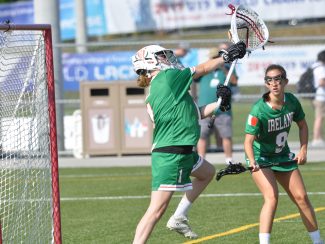 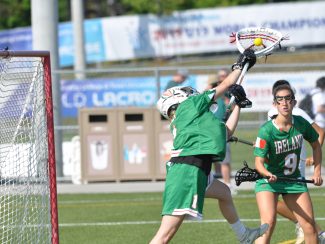 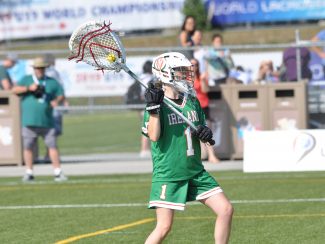 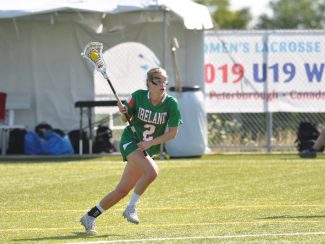 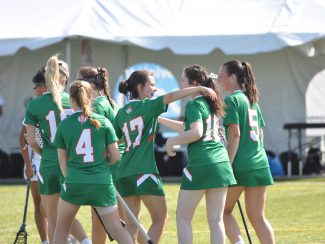 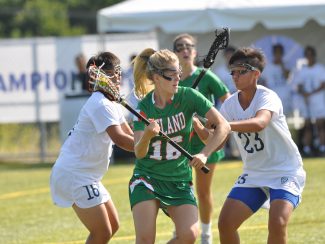 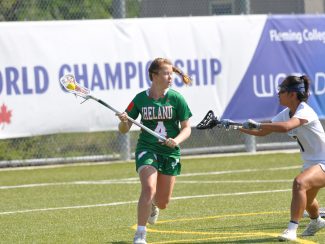 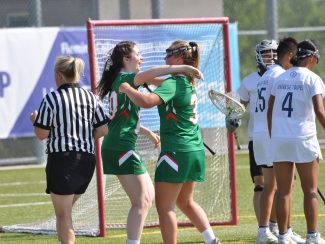 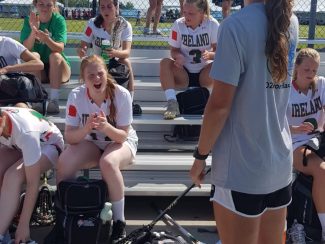