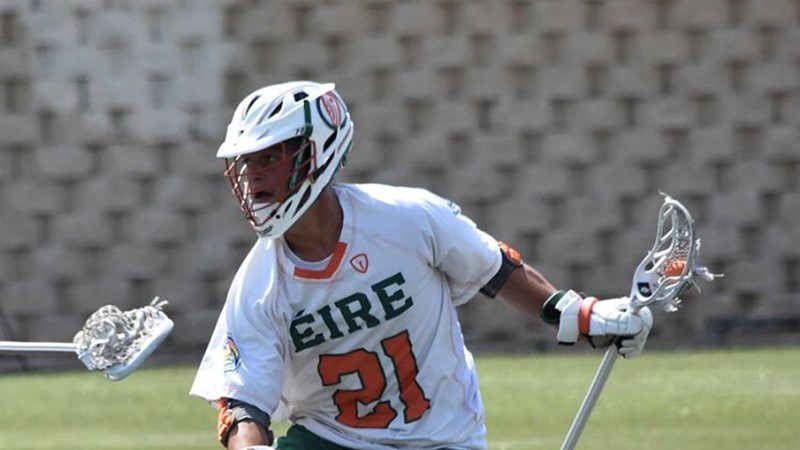 The 2024 national development team who will attend the World Festival alongside the men’s national team at the 2022 World U21 Championship in Limerick, Ireland competed in the Club Nationals over New Year’s weekend.

Ireland Lacrosse National Development Team Coach, Brian Fitzgibbons, assembled the organization’s U18 Team Éire squad for a priming session at the Club Nationals, a Madlax Event powered by US Club Lacrosse. The team is made up of a large percentage of Irish heritage players from lacrosse hot bed schools, such as Boys Latin, Haverford, Calvert Hall, Hotchkiss, Shady Side and Saint John Paul II Academy. While in Ireland in August, the team will compete in the U18 division, but they are made up entirely of 2024 graduation year players (mostly 16 years of age).

The Éire (pronounced ‘err-ah’) teams were predominately comprised of older men and women players until 2018, when the first Ireland youth national development team was formed. That team has competed in field and box events in different parts of the USA. Over the course of three years, the team has developed into a force to be reckoned with.

The team is led by three offensive captains, Michael and Matthew Evans, two brothers of Irish heritage who have been with the team since its inception, along with Liam Gregorek, a second-generation Irish heritage player from Shoreham Wading River High School. On the defensive side, co-captain, Marcus Acevedo of Boys Latin school, who draws his heritage from his grandmother, has been with the team since its first game, including a box lacrosse debut in Michigan in 2020.

The Club Nationals is known as one of the most popular national lacrosse events in the USA. It is highly attended by many of the top 100 ranked teams in the U.S., including top programmes, such as Madlax, 3d, GATE, CWE and many others will be in attendance.

Coach Fitzgibbons explained his reasons for attending the Club Nationals, “This team has grown from a young group of 13-years-olds, to grown men, ready to be challenged and represent Ireland on the world stage next summer. What better place to test our strategies, than against the best the USA has to offer?”

Follow Ireland Lacrosse at http://main.irelandlacrosse.ie/ and more information about the event in Limerick this summer is available at https://www.worldlax2022.com/.

The Ireland Lacrosse Schools Cup is Back! 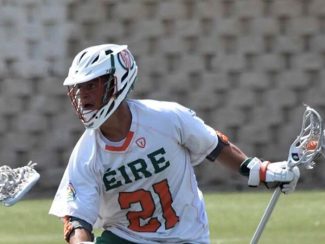