History of Lacrosse in Ireland 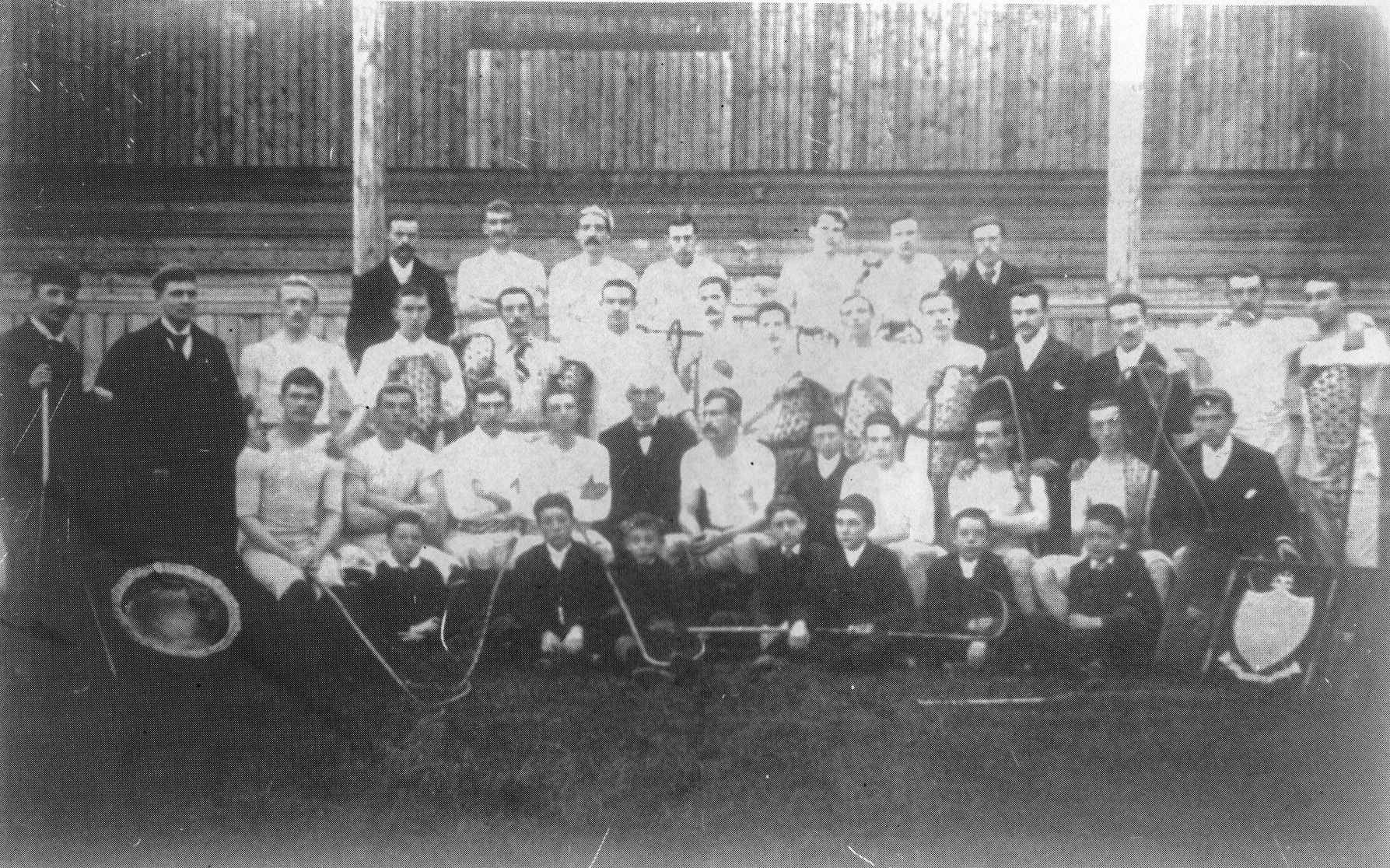 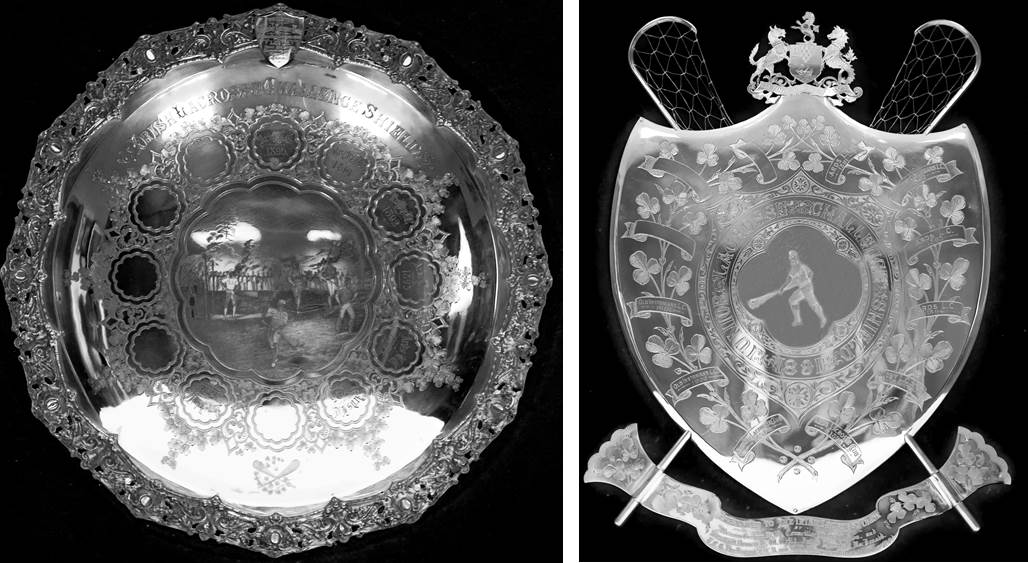 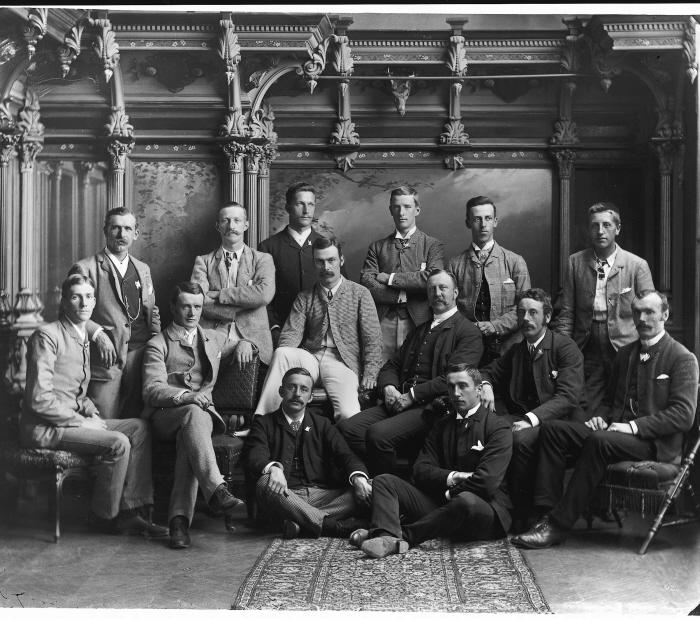 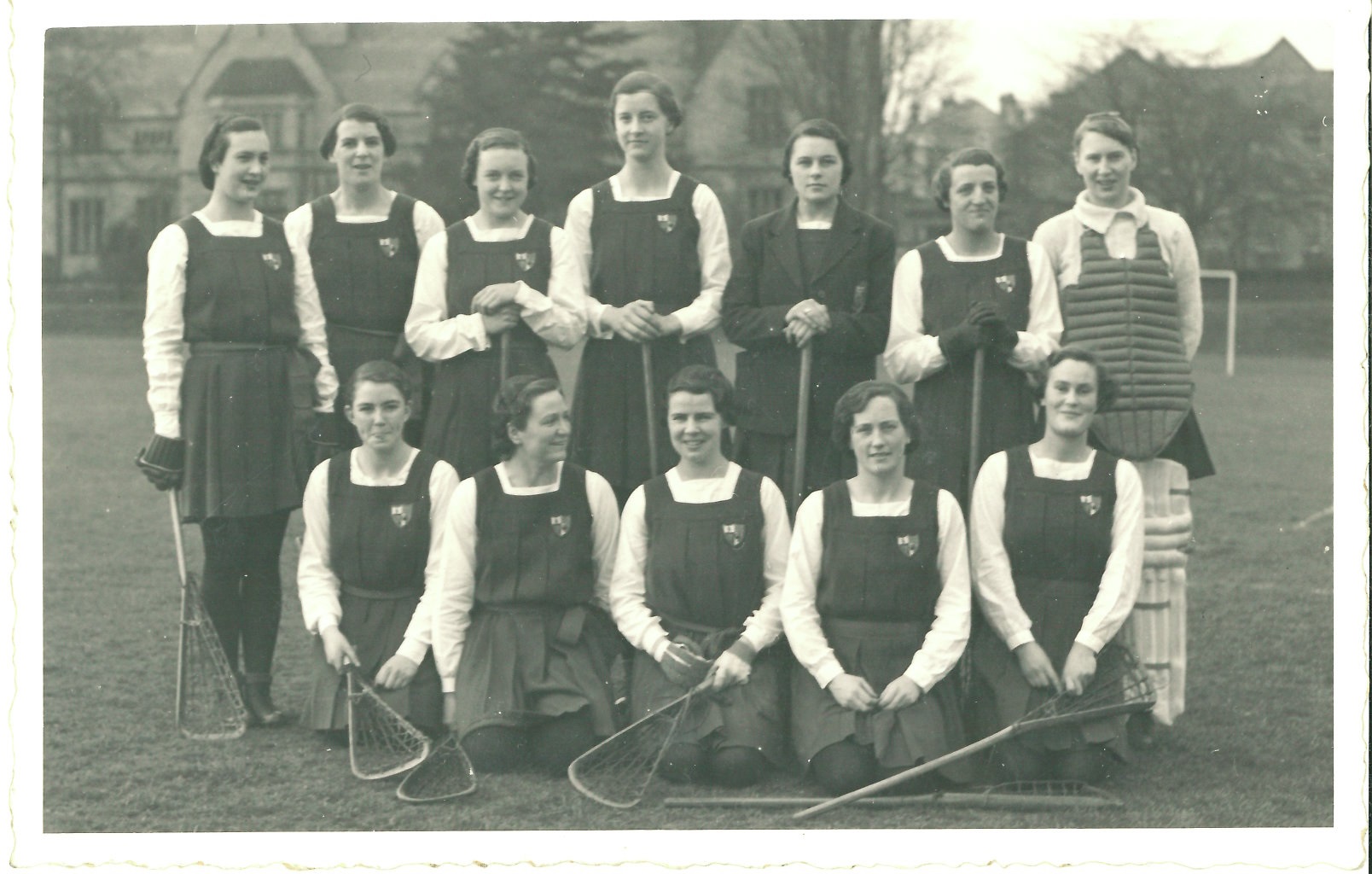 The origins of lacrosse in Ireland lie with the establishment of the Ards Lacrosse Club in Newtownards, Co. Down (just outside Belfast) in 1872.

Four years later, William George Beers, the man credited with modernising and codifying the game in his native Canada, led a trip across the Atlantic that included members of the Montreal Lacrosse Club as well as a team of Caughnawaga Indians.  The tour started in Belfast with a number of exhibition games by these teams before moving on to England where, amongst other games, the teams put on an exhibition for the Queen at Windsor Castle.  A number of similar trips followed as the game developed further in Ireland, and an Irish Lacrosse Union was formed in 1879 to support this development and to manage the new Irish Men’s National Lacrosse Team.

In 1886, the Irish Lacrosse Union accepted one of many invitations to travel to Canada and the United States.  This trip was lead by John Sinclair and Hugh C. Kelly (of Belfast and Ballymacarrett, Co. Down respectively), the latter of whom was captain of the Irish team at the time, a pioneer of the game in Ireland, and Deputy Sheriff of the County Down.  The trip lasted nearly two months and included many games on the East coast of the USA and in Canada.

WOMEN’S LACROSSE AFTER THE TURN OF THE CENTURY

Women’s lacrosse emerged in Ireland in the 1920s.  Richmond Lodge, which was an all-girls school in Belfast, began playing the game at least as early as 1922.  On Monday, the 29th of November 1926, at 2.45pm, at Trinity Hall in Rathmines in Dublin, the (suitably named) Dublin Pioneers ladies lacrosse team held its first practice. Notification of this was sent by Dorothy Griffith, Honorary Secretary of the club, to a Miss Leonard.

By the 1930s, the Dublin Pioneers and the Belfast Ladies Lacrosse Club (founded by the alumni of Richmond Lodge) were the only two senior women’s club lacrosse teams.  However, they were joined by girls’ schools including Richmond Lodge in Belfast and Manor House School in Co. Armagh, and other schools based around the greater Dublin area – the French School in Bray (Co. Wicklow), the Hillcourt School in Glenageary (Co. Dublin), Alexandra College in Milltown (Dublin), the Hall School in Monkstown (Co. Dublin) and Glengara Park in Dun Laoghaire (Co. Dublin).

In 1930, the Irish Ladies Lacrosse Association was founded, as was the first ever Irish Women’s National Lacrosse Team which played its first competitive match in a tournament in April of that year at Merton Abbey (southwest London) which featured Ireland, Scotland, Wales and England.

Men’s lacrosse in Ireland emerged in 1872 and died out in the early 1900s, with women’s lacrosse then emerging in the 1920s and then subsequently dying out around 1970.

In 2005, the Irish Women’s National Lacrosse Team was re-established and entered in the 2005 European Newcomers Tournament in Copenhagen, Denmark, finishing in 1st place, a remarkable feat for a team of players of whom only three had any previous lacrosse playing experience. The women’s senior team has likewise continued to participate in major tournaments since that time.  In 2019, an Irish Women’s Under-19 National Lacrosse Team was formed.

In the 2009-2010 season the Irish Lacrosse League (ILL) was established.  This league features men’s and women’s teams such as the Dublin Lacrosse Club, University College Dublin (UCD), National University of Ireland (NUI) Galway, University College Cork (UCC) and Queen’s University Belfast, with new teams emerging in various parts of the country.  A new women’s Schools Cup will take place in March 2019, and concerted efforts are now being directed towards introducing lacrosse at youth level.

For more information on the History of Irish Lacrosse, check out this publication
by Ireland Lacrosse CEO Michael Kennedy (click image): 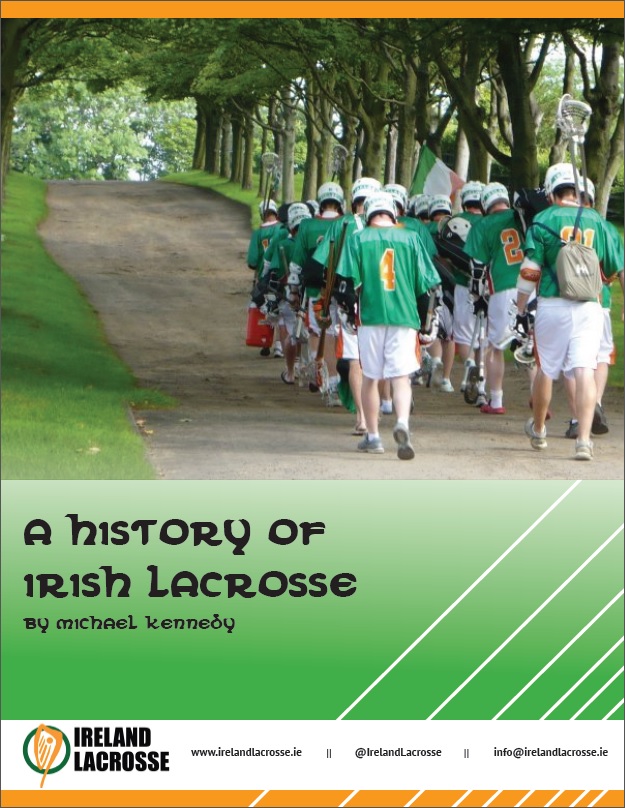