In pursuit of this mission, Ireland Lacrosse works through Ireland Lacrosse North America, a subsidiary entity registered as a not-for-profit (501c3) organization in the USA, and with the Irish Lacrosse Foundation (also based in the USA), to raise awareness of our programmes, develop lacrosse in Ireland, and generate support for our national teams.

Ireland Lacrosse is also a member of the:

Ireland Lacrosse is also registered with the Office of the Revenue Commissioners in Ireland as a Sporting Body with Tax Exemption under Section 235 of the Taxes Consolidation Act, 1997, registration number 2925. 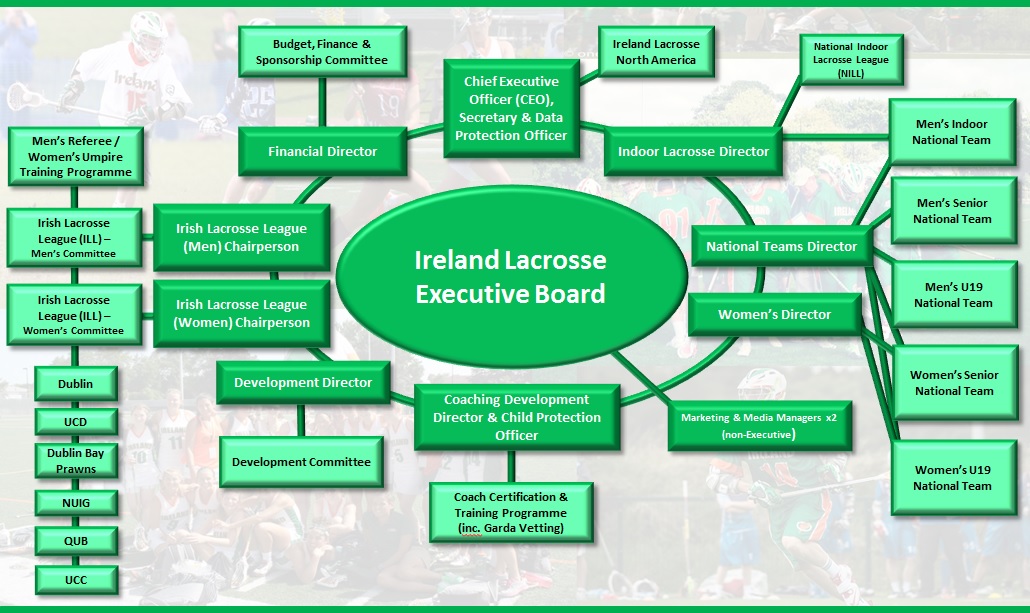 Membership of Ireland Lacrosse is available via https://irelandlacrosse.azolve.com/

All enquiries may be directed to info@irelandlacrosse.ie

These three documents are important and essential documents relating to the governance, organisation and management of Ireland Lacrosse, and may be accessed via the links below:

Click here for the latest version of the Ireland Lacrosse 2018-2019 schedule.

The membership of the BF&SC, as per decision at the AGM, is as follows (other individuals may be added in due course):

The BF&SC will publish reports and information pertaining to the financial management of the organisation below: