Ireland Lacrosse today announced the Coaching Staff for its inaugural U19 Men’s National Lacrosse Team which will participate in the Federation of International Lacrosse (FIL) 2016 World U19 Men’s Championships in Coquitlam, British Columbia, Canada.

Tom Prior has been involved with the programme since 2002 and has served as the Senior Men’s Team Head Coach at the 2014 World Lacrosse Championships, the 2012 European Lacrosse Championships and the 2005 and 2013 Celtic Cup Tournaments.  “I would like to thank Ireland Lacrosse for the opportunity to represent Ireland in the U19 Championships”, said Prior, “I am honoured with the opportunity to continue to develop our younger players into a strong team and collaborate with our coaching staff & players as we prepare for the championship.”

Lacrosse Festival in Denver, CO  USA.  “I am honoured to be selected to help lead the Irish Men’s National Under-19 Team in the 2016 FIL World Championship,” said Duffy. “I would like to thank Ireland Lacrosse and the selection committee for this incredible opportunity. It is humbling to follow the likes of Coach Richie Moran and all the others that have helped build the Irish National Lacrosse programme. The growth of the game across the world is undeniable and it’s humbling to be given the opportunity to give back to my Irish roots and the sport I love so much.”

“Ireland Lacrosse is very much looking forward to developing our U19 program” said John Cavanaugh, National Team Director, ”having dedicated and experienced coaches like Tom & Tim on board gets us moving in the right direction.”

The tryouts for this team will take place from 26-28 June 2015 at the University of Limerick in Ireland. Information regarding the tryouts can be found at: http://www.irelandlacrosse.ie/home/?p=2924.

Earn Your Level One Coaching Accreditation from Ireland Lacrosse 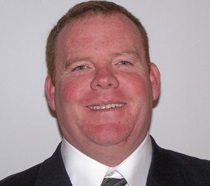