An exciting start this morning to the National team’s pool play here in sunny Netanya versus England, the defending European Champions.

A tough game from the outset, England struck first. The Irish responded quickly with a goal from Nonie Anderson to tie the game 1-1 within the first 6 minutes. Momentum swung back and forth between Red and Green, with many changes of possession. Caroline Peters continued the positive momentum in the first half with an impressive first goal of many for her. She went on to very skillfully score all three of the Irish’s goals in the second half. Peter’s great game on attack was mirrored on defense by the talented goalkeeper, Delaney Friel, who ended the game with 12 saves. 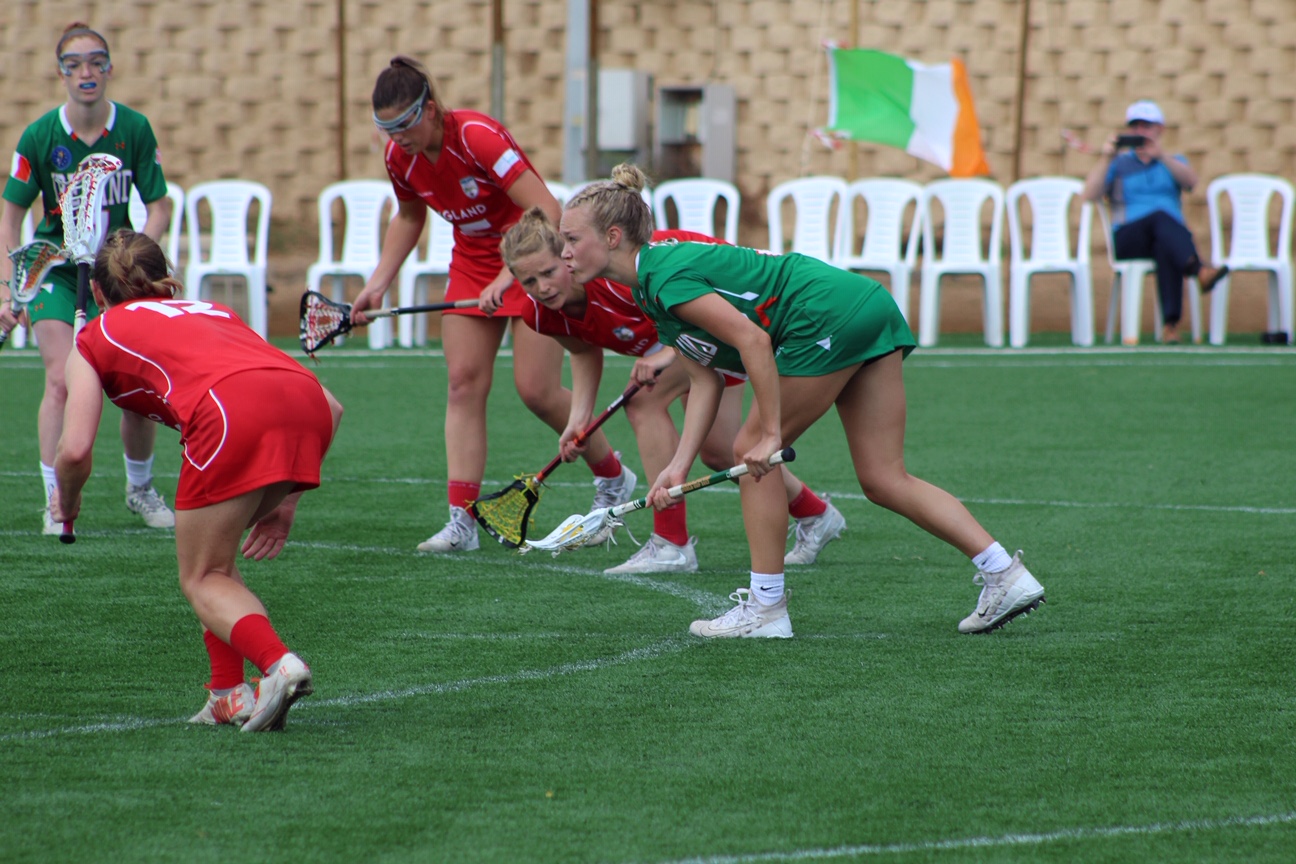 The Green machine never lost hope, fighting hard until the final whistle ended their first game 5-14. While it might have been a loss, this is a great improvement from EC15 where the English poured in 23 goals to the Irish 4. 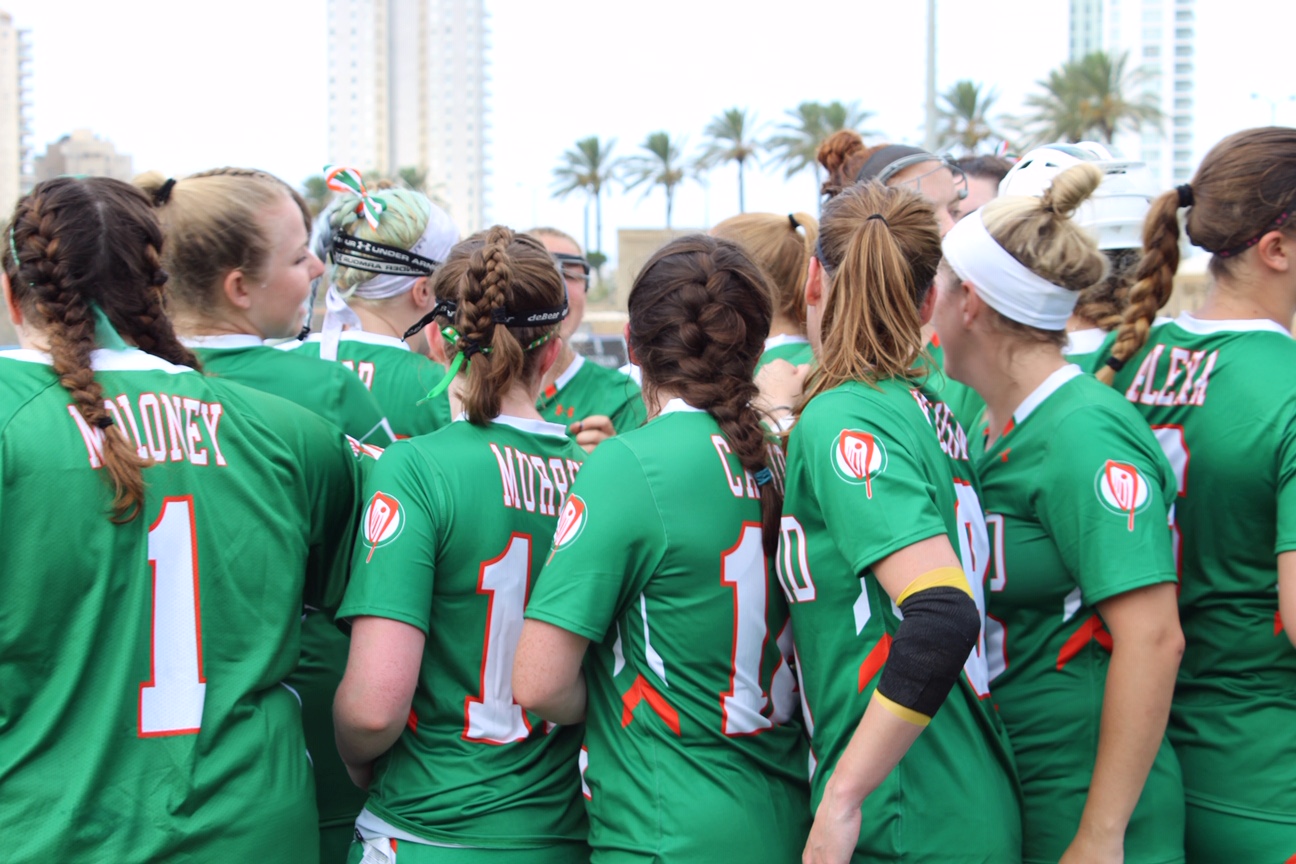 All games will be live-streamed on YouTube, click here to access. For in-game updates to all matches along with behind the scenes action check out (via Twitter) @IrelandWLax. And in a very exciting turn – all of the Ireland games were chosen to also be broadcast on the Olympic Channel (click here for online coverage)! 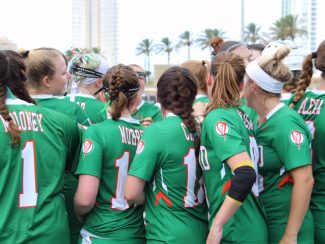