The Girls in Green have returned home after long but successful 2019 European Championship campaign. Ultimately, the Senior National team placed 7th overall, in a field of 16 nations. They have officially qualified for the 2021 World Championship, to be held in Towson, Maryland, USA.

Coming out of pool play at 2-3 with the 4th seed, Ireland matched up with a formidable team from the Czech Republic in the quarterfinals. In an incredibly tough match up, the Czech defeated the Girls in Green 12-10. Fair play to the Czech Republic, as they were a team with a mission in this tournament. They entered with a goal of ending on the medal podium and came close to it. We look forward to their continued success on the international stage.

With less than 18 hours turn around, the Senior National team then faced Scotland. After falling behind 7-0 in the first half, the Green Machine mounted a furious comeback which proved to be too little too late, falling 10-7 (Scotland then defeated Germany 19-5 to place 5th). A theme throughout the tournament, the Girls In Green put it all on the line, but ran out of time in the 4th quarter. 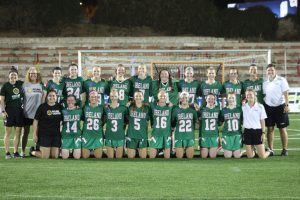 On the final day of competition, the Senior National team faced their King Solomon accommodation neighbors and good friends, the Netherlands. Over the course of EC15 and WC17, the Irish and Dutch have grown to be close friends and supporters. Regardless of previous relationships, all bets were off for this showdown. Irish took 22 shots in the first half, and the score was knotted twice at 3-3, then at 4-4. Goalies traded saves, and the Girls in Green could not find the back of the net. However, teamwork on the draw and in the midfield kept the possession meter in favor of the Irish. In the 2nd half, the Green Machine started clicking and pulled away for a final score of 12-7.

Nonie Andersen, midfielder and captain, was selected to the All-Europe team for her play throughout the tournament. Noreen Cassidy, defender, was awarded the Irish delegations’ “Spirit of Lacrosse” honor. 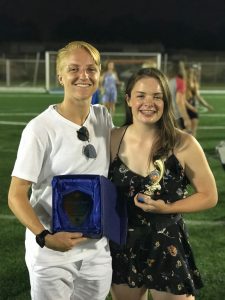 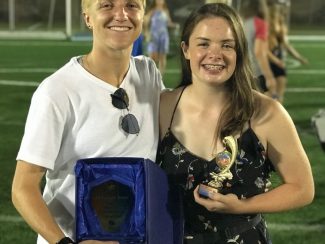 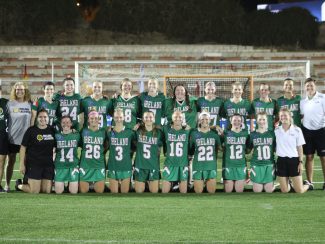 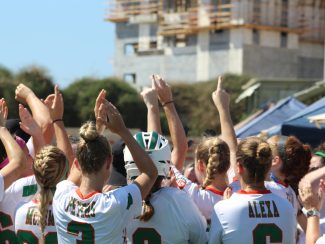