World Lacrosse has confirmed the new dates for the 2022 World Lacrosse Men’s U21 World Championship, which will be staged 10-20 August 2022 in Limerick, Ireland at the University of Limerick.

The new dates were approved by the World Lacrosse Board of Directors following a review of possible dates and consultation with the member-National Governing Bodies expected to send teams. The World Lacrosse Men’s U21 World Championship will be hosted by Ireland Lacrosse, the National Governing Body for lacrosse in Ireland. The age-group World Championship was originally scheduled for the summer of 2020 in Limerick but was postponed to August 2022 due to safety concerns arising from the global pandemic, along with limitations on team training and travel. Ordinarily, the upper age of eligibility for the age-group World Championship would be U20, but on a one-time basis in 2022, in order to make certain athletes are not deprived of the opportunity to compete, it is being raised to U21.

“With helpful input from our membership, we are now able to confirm our second World Championship for the summer of 2022 and can begin looking forward to what will be an exciting summer of international lacrosse competition next year,” said World Lacrosse President Sue Redfern. “In particular, we would like to thank Ireland Lacrosse and the University of Limerick for their commitment in making certain the U21 World Championship is staged and preserving this important competitive opportunity for athletes from around the world.”

The World Festival will take place from 16-19 August 2022, also at the University of Limerick.

For further information, see the updated event website at http://www.worldlax2022.com and follow the event on social media @2022worldu21lax 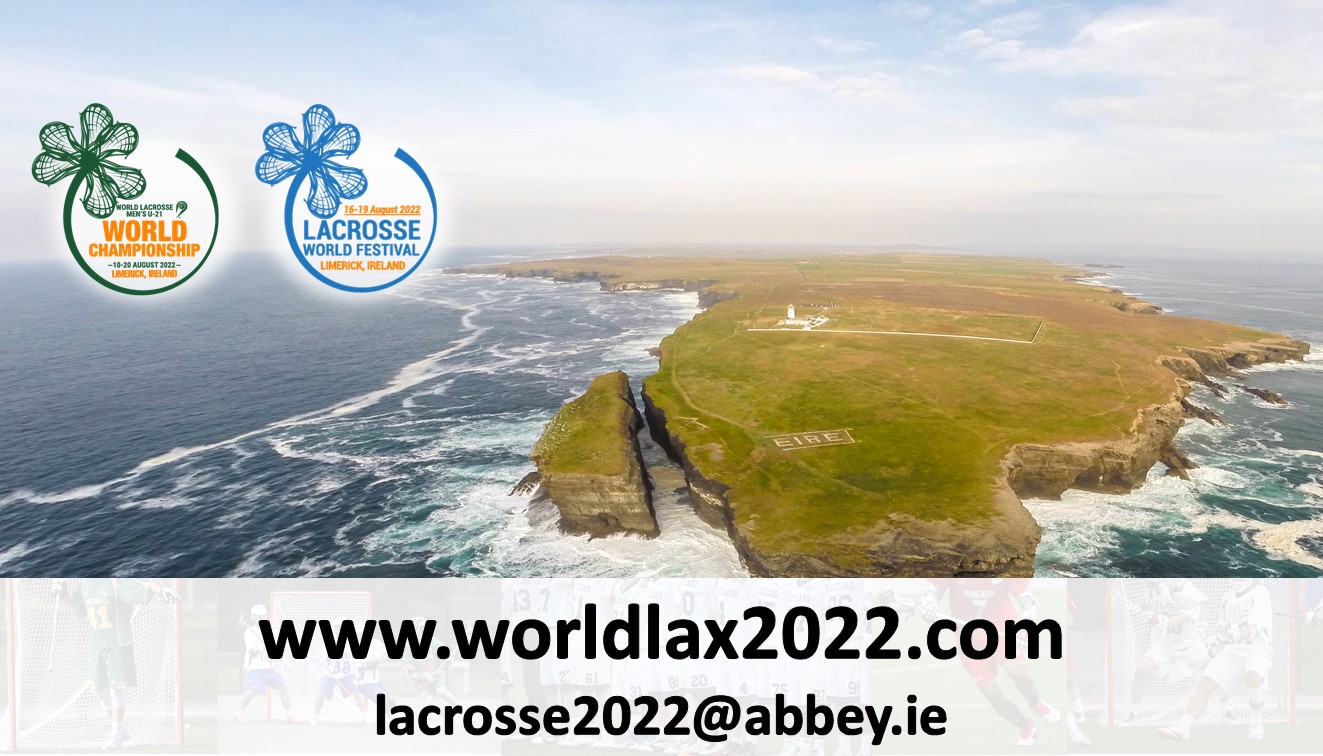