DUBLIN, IRELAND – Ireland Lacrosse has announced a 23-player roster for the Men’s Indoor National team, which is set to compete in the 2022 ELF European Box Lacrosse Championships from 31July – 7th August 2022 in Hannover, Germany.

Currently ranked 11th in the World, the Irish indoor national team will be looking to improve their ranking coming off a promising showing at the 2019 World Box Lacrosse Championship in Langley. The team returns 14 veteran players and welcomes 9 newcomers. 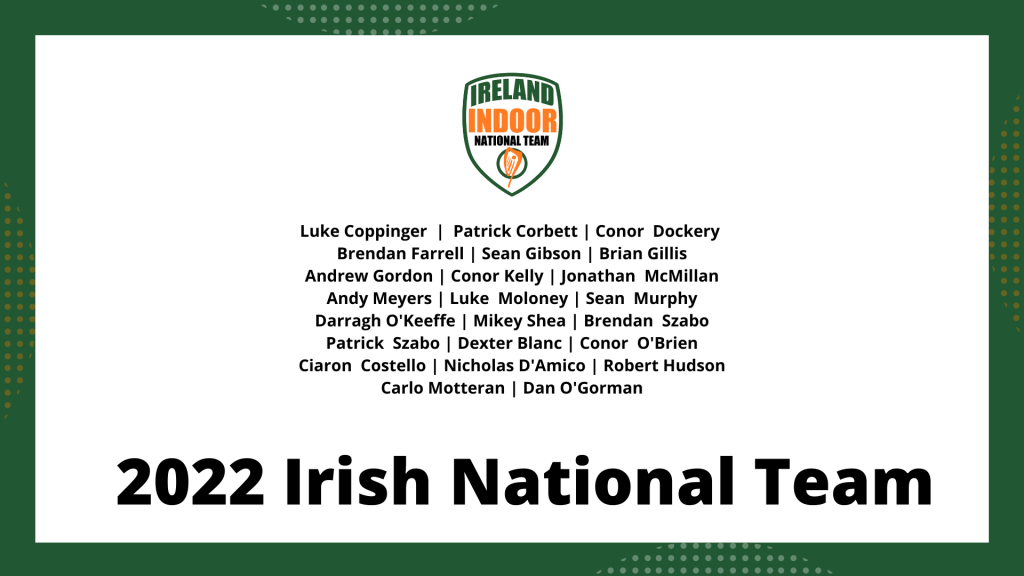 Coach Jeff Dowling remarked: “It’s been a difficult couple of years for everybody dealing with Covid and not being able to travel to Ireland for try-outs. So, for the first time ever we did regional try-outs for the indoor team and while not ideal they were very competitive.  We believe in the players that we selected to the team will give us a chance to medal.”

The Ireland Lacrosse Schools Cup is Back!