DUBLIN, IRELAND – Ireland Lacrosse has announced a 23-player roster for the Mens National team, which is set to compete in the 2023 World Lacrosse Championship (from June 21 – July 1 2023) in San Diego, California, USA. Currently ranked 12th in the World, the Irish National team will be looking to improve upon their performance in 2018.

The 2023 team will build on a returning group of 10 internationals from previous world championships. 2018 Starting goalie Conor Kelly makes his return to field lacrosse after two successful box tournaments for the national box team. Offensive standouts Corey McMahon (’18) and Tom Burke (’14) will return in 2023. Veterans Andy Meyers and Sean Gibson are back to provide their experience and leadership while 2018 fogo Luke Palmadesso returns to build on his 60% FOW% in international play. On the defensive side the team welcomes back the athletic duo of Pat Smyth and Gearoid Dunbar.

This year sees 3 athletes step in from the highly successful 2022 U23 national team Conor Foley, Jack Galvin, and Thomas Walsh all impressed the senior coaching staff to warrant selection. Three further athletes graduate from Ireland’s underage program Patrick McShane, Luke Moloney and Dunbar (Ruairi) all make the step up from the 2019 u20 European Championship. 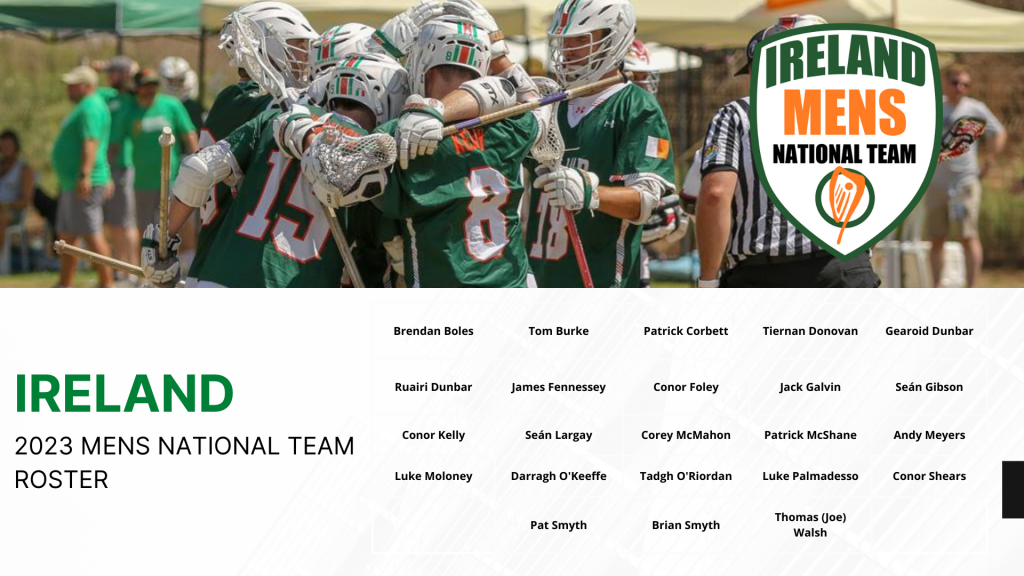 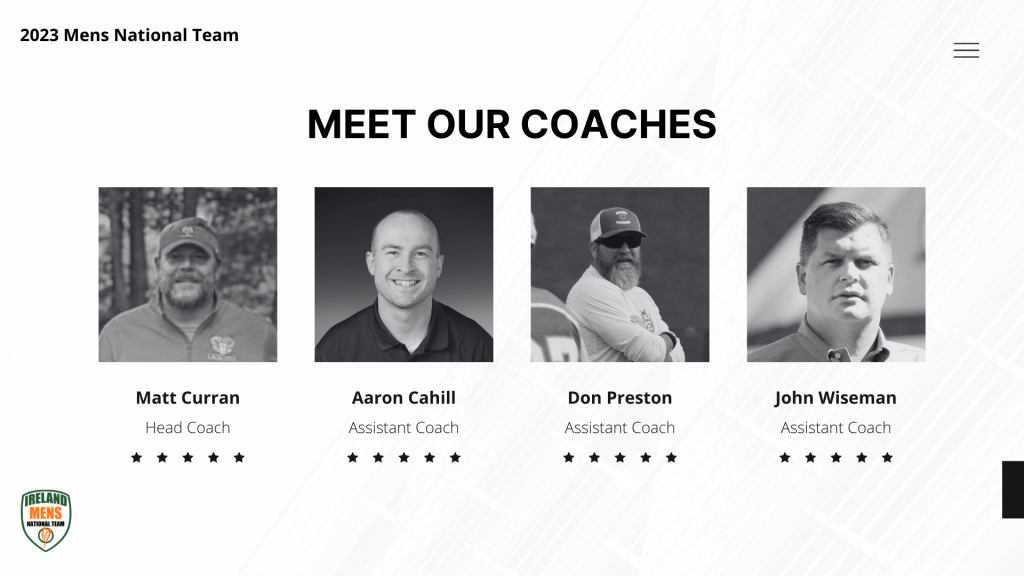 In the 2018 Men’s World Lacrosse Championship, the Ireland Lacrosse Men’s National Lacrosse Team finished 12th in the world. We are very proud of that result and plan on finishing even better in 2023. More importantly, we want to continue to grow the greatest game on the world level. To continue to accomplish this, we will need support from the amazing lacrosse community and friends of Ireland Lacrosse in many ways.

The most urgent need right now is for us to raise money to fund a portion of the cost for the 2023 Men’s World Lacrosse Championship. Currently, all of our efforts to date have been primarily player and coach funded. We have a 501(c)(3) non-profit organization, Ireland Lacrosse North America (ILNA), to do this. Most donations received through INLA are tax deductible in the U.S. and a simple stroke of generosity can make a significant and measurable impact on the lives of so many people.

If you are passionate about growing the game and want to help us on our journey, please donate here.

Any donation amount is welcomed and very much appreciated.