Ireland Wins Celtic Cup and Makes History in the Process.

The first international lacrosse match held in Ireland since 1903 was played at the University of Limerick, where the Ireland National Men’s Lacrosse Team defeated the France National Team by a score of 19 to 7. The Irish team won the Celtic Cup for the second time (since its first win in 2005) on its own soil.  Zak Jordan scored the first goal of the match at 2:58. Kevin Owens followed with a goal at 4:20 and went on to score (6) goals during the game for the Irish in its victory over the French. Other scorers were Kristian Prior (4), Zak Jordan (3), Cillian Murphy (3), Sean Gibson (1), Sean O’Shaughnessy (1) and Liam O’Mahoney (1). Kevin Quinn had 9 saves in goal for Ireland. Scoring goals for France were Felix DeClerq (2), Axel Andurp (2), Pierre Atkinson (2) and Dominic Sandy (1).

In a warm-up game on Friday, 16th August, the French team defeated Éire (the Irish development team) by a 4-goal margin. 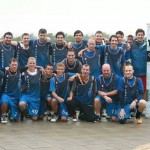 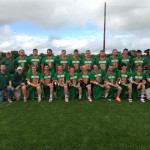 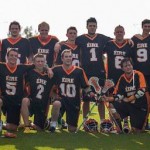