Jack Doyle’s Pub and Restaurant in Budapest, Hungary hosted a social event for the Irish Men’s Senior National Team on Tuesday night, where the team named its captains for the tournament – Sean Gibson, Drew Wichmann and Kevin Quinn. 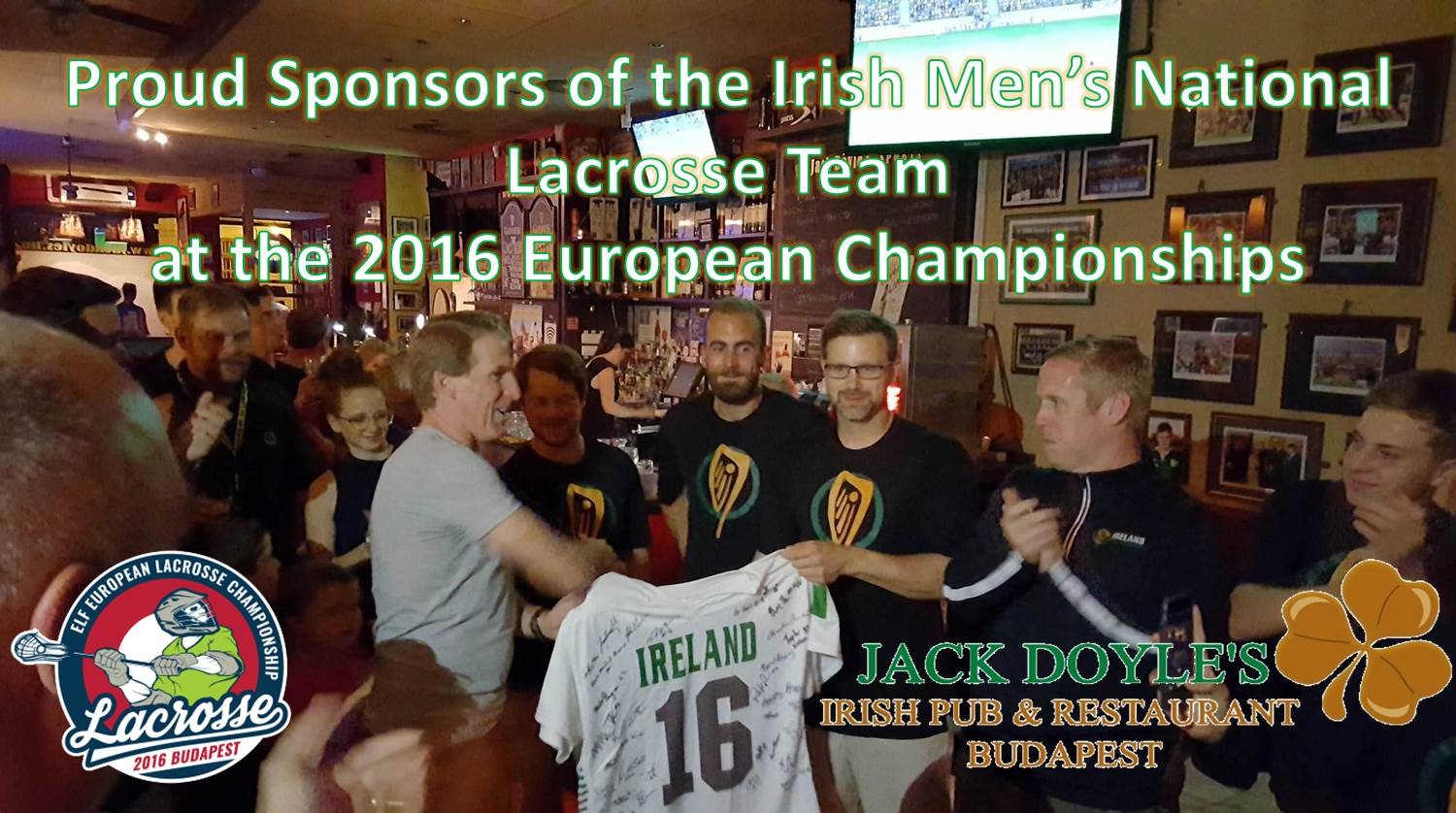 The captains then presented a signed Irish team jersey to Charles Griffin, owner of Jack Doyle’s, as a sign of their gratitude for his support!

The team and its supporters are making Jack Doyle’s their base for the event – check them out at http://www.jackdoyles.hu/.

The team opens its campaign in the European Championships tournament against Scotland at 1.30pm local time, 12.30pm Irish time.  Information about the tournament is at www.lacrosse2016.com and games will be streamed live and on-delay by Lax Sports Network.

Come On You Boys In Green!!! 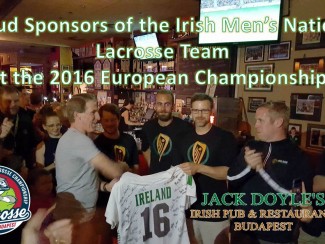